Texas Torque members took to the road this Independence Day to take part in the 17th annual South County Fourth of July Parade, held in The Woodlands, TX.

Torque students and mentors completed the 1.3 mile parade while talking to spectators about FIRST’s mission and the team’s accomplishments. There were quite a few questions about both the robot and FIRST as a whole, including a few inquiries about FIRST Lego League FIRST Tech Challenge. This year’s robot, Sonic, was also on display, shooting frisbees and maneuvering around while sporting patriotic colors, much to the thrill of the crowd.

The event as a whole was highly enjoyable for all who were present, and we hope that we will be able to participate again next year. 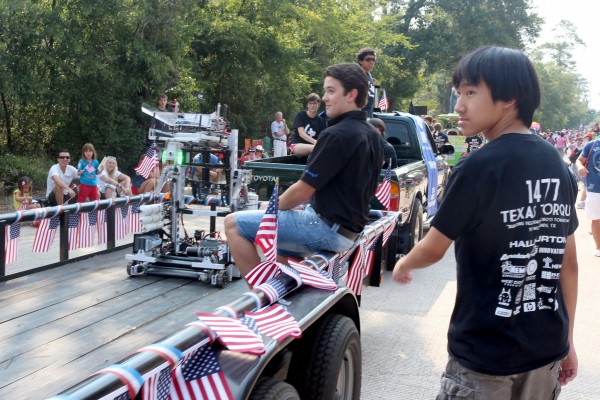