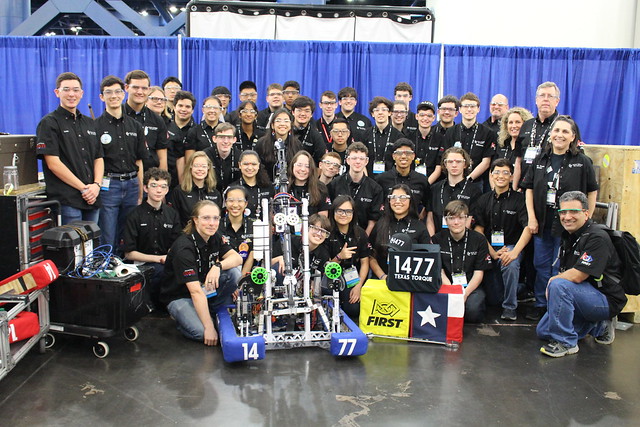 Texas Torque played on the Carver field, competing against 67 other teams for a spot on Einstein. After tough qualification matches, Texas Torque ended at the 47th position, with 4-6-0 record. Although the ranking was lower than anticipated, the robot performed well by continuously being the robot by being one of the robot that placed the most cubes. We were picked by team 5026 Iron Panthers, and together we picked team 108 [email protected] and team 1622 Spyder; together the teams formed the seventh seeded alliance. During the playoffs, our alliance was eliminated in the quarterfinals.

We’re thankful to have enjoyed a successful and action-packed 2018 season, but the action hasn’t ended yet — we’ll be facing the boss this may at the Texas UIL State Championships!