Texas Torque made an appearance this week on Local Fox 26 News as part of a post-Champs celebration. The team was present for a 6 minute news spot in which the members were interviewed and the robot was demonstrated on video. As an added surprise, Lead Mentor Scott Rippetoe received a stylish red Mohawk (Pictures Below) as part of an agreement: the team made him promise to get a Mohawk if they made it to the Einstein field at Championships. So far, he has gotten a lot of compliments.
The full video is linked below:
Interview with Fox 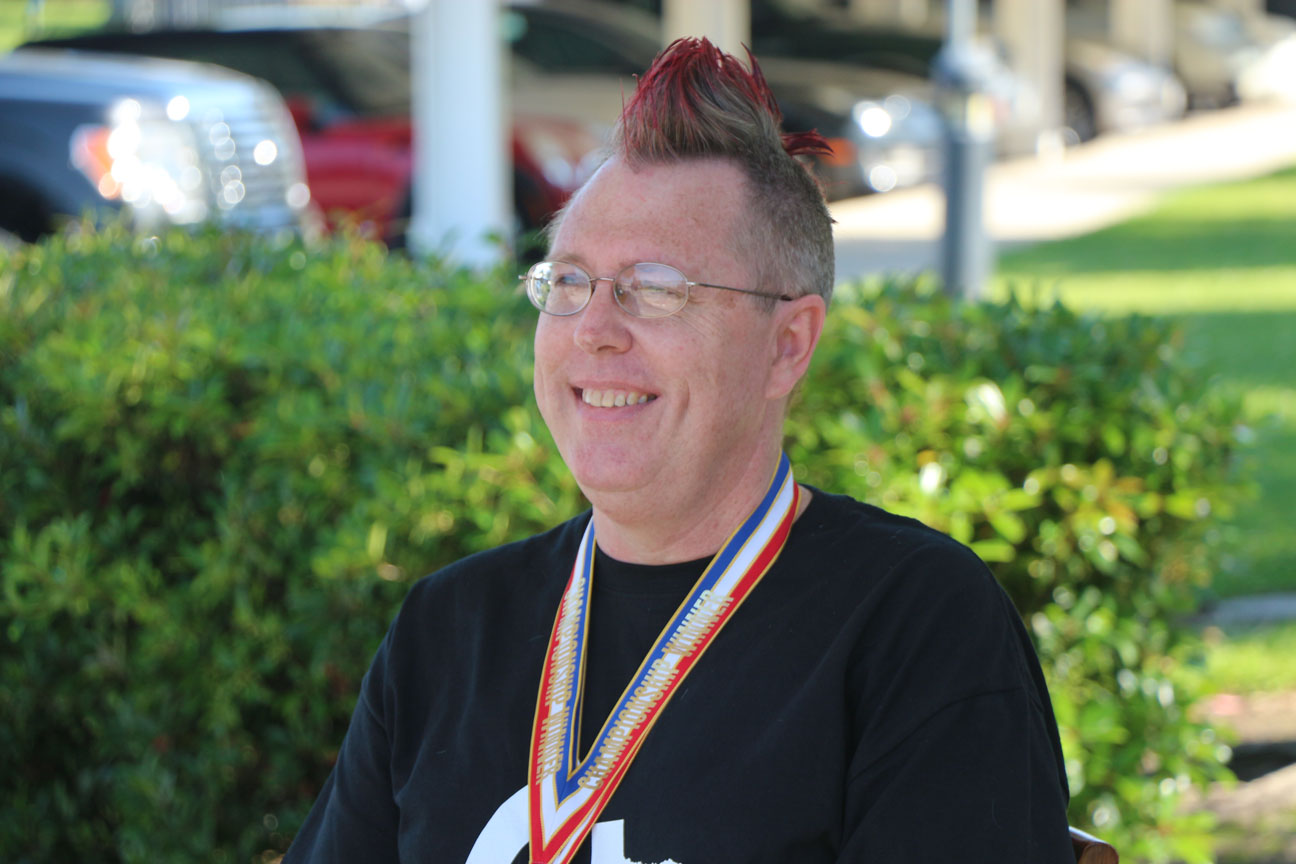