After leaving qualifications with 1477 ranked 21st and 7741 ranked 31st, alliance selection began. In the first round of alliance selection Team 1477 was chosen third overall by 4587 Jersey Voltage. Meanwhile, as selection moved into the second round, 7741 was chosen as a third bot by 118 The Robonauts and 624 CRyptonite. 418 The Purple Haze was picked up by 1477 and 4587 during this time as well.

As eliminations approached, both alliances prepared for the upcoming matches. Team 7741 competed first, winning both of its quarter finals matches. After that 1477 lost its first QF match only to come back and win the next two matches in order to advance to the semis. Then 1477 and 7741 competed head to head in the semi-finals. After two heart pounding matches, 7741’s alliance came out on top. 7741 then faced off against 3847 Spectrum, 1625 Winnovation, and 2080 Torbotics. 7741, 118, and 624 then came out on top to win the competition. 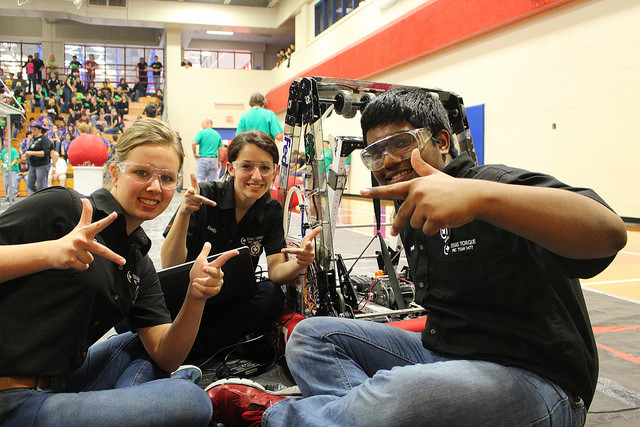 Texas Torque is glad to have competed with many of our close friends in our last competition before the upcoming 2015 season. We are extremely grateful to all of the teams in attendance, especially 624 for co-hosting the competition, 3847 for graciously loaning out their practice field, and 1625 for coming all the way down from Illinois to Texas for the competition. We were thrilled to have hosted this event and we hope to hold it again next year. 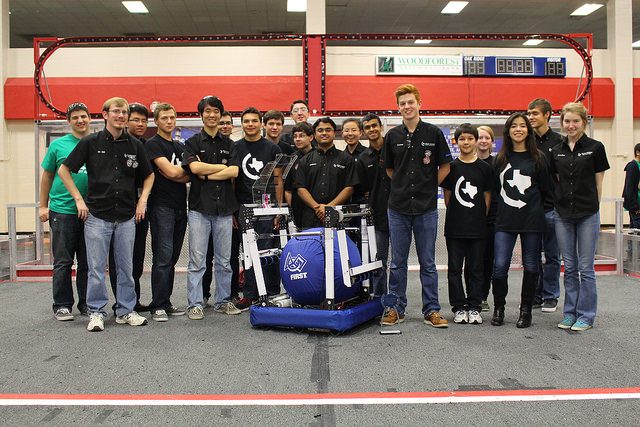 The full team gathers around Jounce after winning the competition.