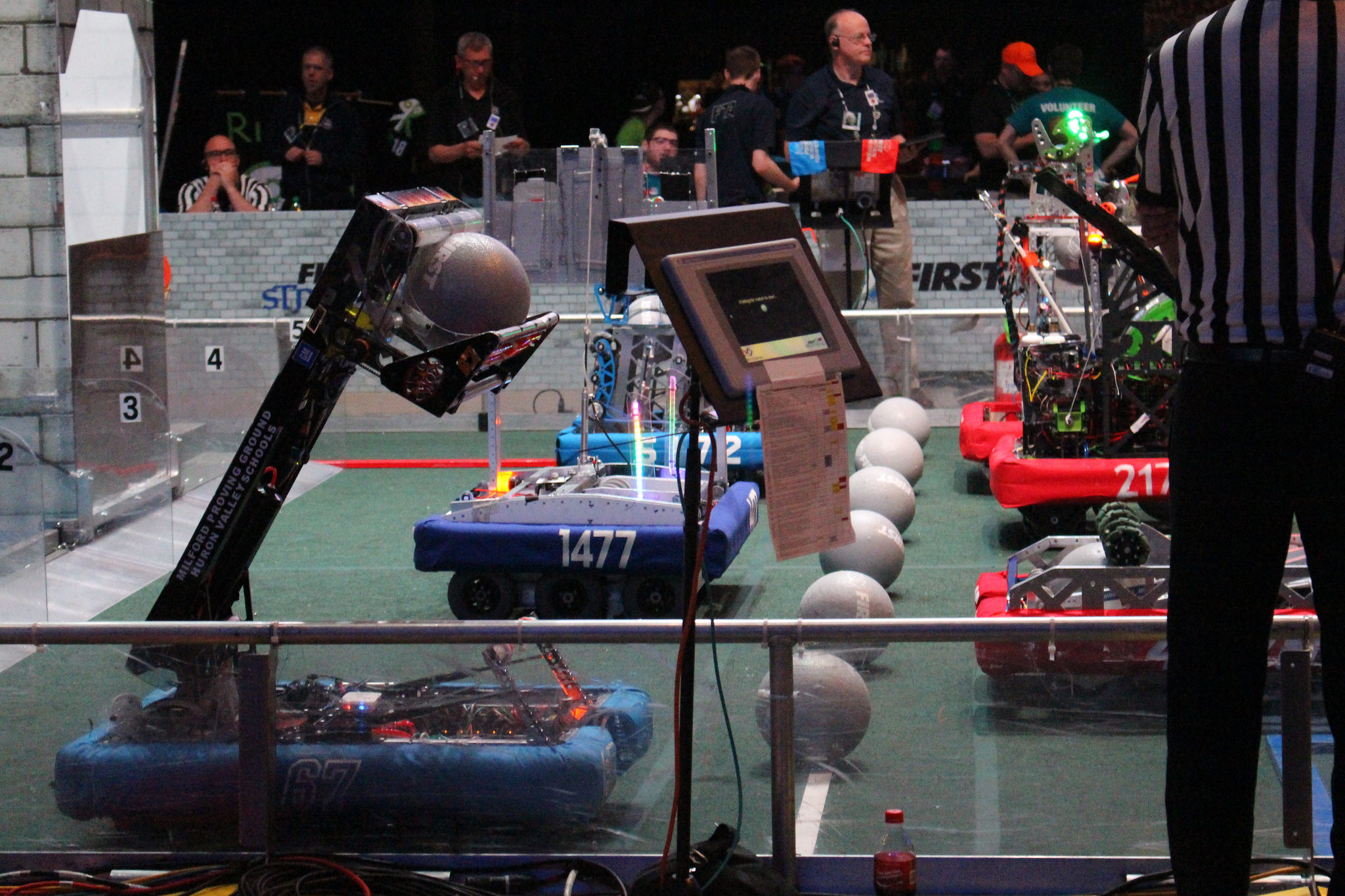 From April 27th to April 30th, Texas Torque competed in the FIRST World Championships in St. Louis. We were thrilled to attend the event for the sixth year running, having qualified with our Regional Chairman’s Award at the Alamo Regional.

One rather long bus ride, a mild delay due to a tornado warning, and a healthy dose of team bonding later, the team arrived in St. Louis, Missouri and, along with some 900 other FIRST teams, took the city by storm. We split our time between work and play as we scouted matches and explored the city. The Edward Jones Dome was a mecca of scientific knowledge and excitement, and all members of Texas Torque greatly enjoyed reveling in the sights and sounds of the Championship.

In the qualification matches, we were able to practice with and adjust our shooter, allowing us to fine-tune our shot and practice aiming for the high goals. We finished qualifications in the 48th position and were selected by the third seeded alliance, headed by team 67, The HOT Team. The other members of our alliance were team 5172 Gators and team 3481 Bronc Botz, and we very much enjoyed competing with them and The HOT Team during elimination matches.

After a series of intense quarterfinals matches, our alliance advanced to the semifinals of the Newton division, where we were eliminated after two matches against the eventual division champions. Despite this elimination, the team is satisfied with our performance at the 2016 Championship and throughout the 2016 competition season as a whole. Congratulations to the new FIRST Robotics Competition World Champions, team 330 The Beach Bots, team 2481 Roboteers, and team 120 Cleveland’s Team! We would also like to congratulate team 987 High Rollers for their Championship Chairman’s Award and induction into the FRC Hall of Fame.

We are extremely grateful to have had the opportunity to compete in this year’s FIRST Championship and look forward to the adventures ahead!