From March 1st to 4th, Texas Torque traveled to Dallas to compete at the annual Dallas Regional. After a long bus ride from our home in The Woodlands, the team rested up to prepare for practice day on Friday. We also made final changes to the robot and practiced before the competition, which took place on Saturday and Sunday.

With our robot’s autonomous mode working smoothly as programmed, we were able to place a cube on the scale for our alliance, creating a early boost in score. Some issues with the arm came along during the regional, but we were able to fix them after each match. Though we played some hard matches, we were able to quickly cycle cubes to the exchange station and deliver nine cubes in under a minute. This rapid exchange made us one of the most efficient cycling robots at the event.

We were then invited to join team 5889 on the seventh-seeded alliance, after which we selected team 6655 to complete our alliance. The quarterfinal matches were against one of the top contenders, and the results were hard fought lost on both matches to knock us out.

Texas Torque won the Entrepreneurship Award. We congratulate team 148 and their partners teams 118 and 2789 for winning the regional! We’d also like to commend team 1296 on their Regional Chairman’s Award win. 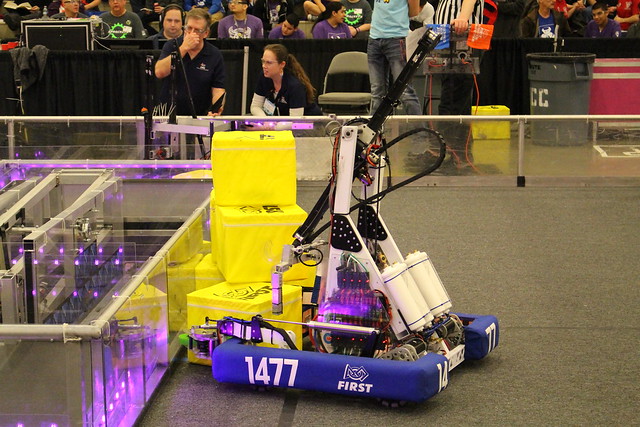