This past Tuesday, Texas Torque took part in The Woodlands Township’s annual Fourth of July Parade! 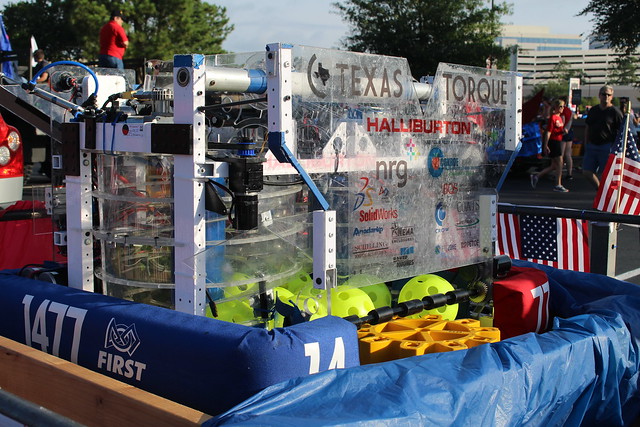 The team’s float was , once again, a sight to remember.  The audience saw the Texas Torque 2017 robot, Corliss, shoot fuels to several members of the team, which drew the attention and admiration of children and adults alike. Stickers, info cards, and trading cards were shared to the excited community as our team spread the innovation and message of FIRST Robotics. The Woodland’s community admired Corliss and the many accomplishments of the team. They also were able to see the teamwork of the high school robotics team in action. 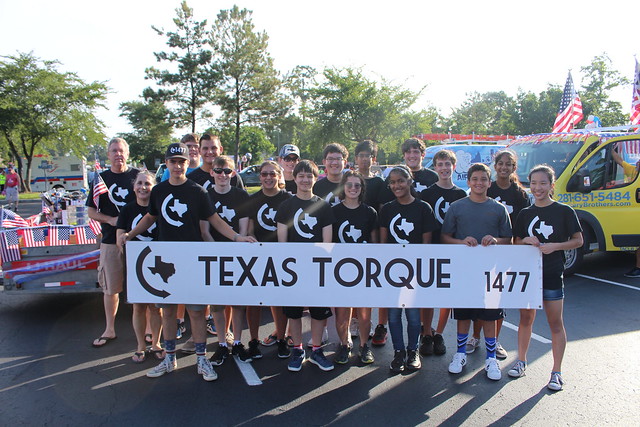 It was an exceptional experience to participate in the parade, and we hope to march again in the future!