When FRC team 1477 was first established, we worked out of a U-Haul storage unit. We then moved into an unused science classroom at College Park High School, but it didn’t take us long to outgrow that space either. A few years ago, we presented our proposal for a district robotics center to our school district’s superintendent. Our superintendent approved, and in 2015 our new robotics lab was added to the district bond referendum. Students then went to polling locations to advocate for the bond, talking to voters and distributing flyers designed by the team. A few months later, construction began. 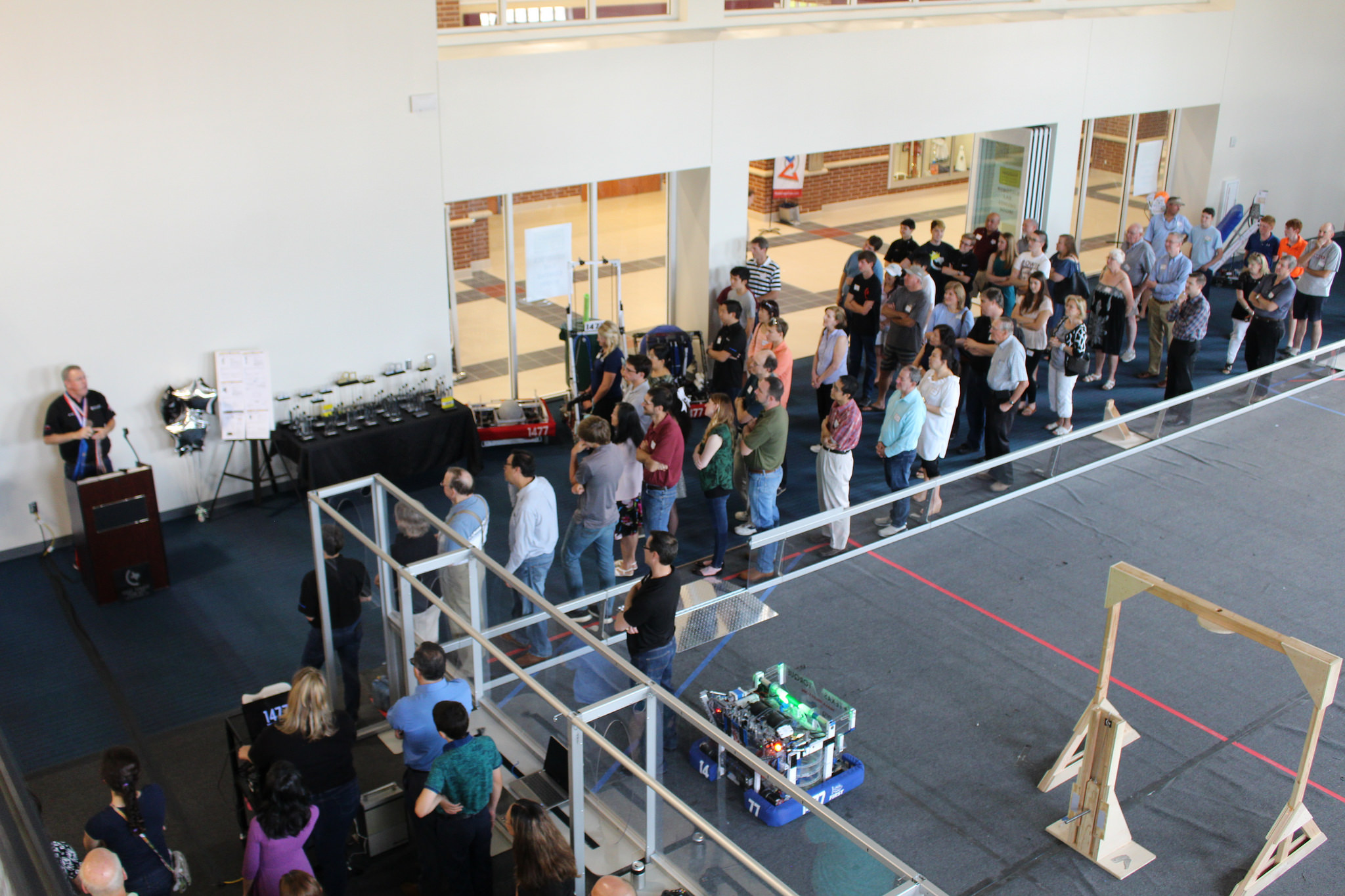 Our new lab is a two-story extension of College Park’s gym wing. We drew up plans and sent them to the construction company, along with requests for equipment. Construction finished around the end of the school year, and we’re beyond excited to settle in and get to work!

Sonic, our 2013 robot, cut the ribbon to open the new facility. During the event, attendees were invited to try their hand at driving our robots. We also welcomed several members of the CISD staff who made this possible, including Dr. Stockton, our superintendent; Dr. Caffery, headmaster of the Academy of Science and Technology; and Dr. Murrell, principal of College Park High School. 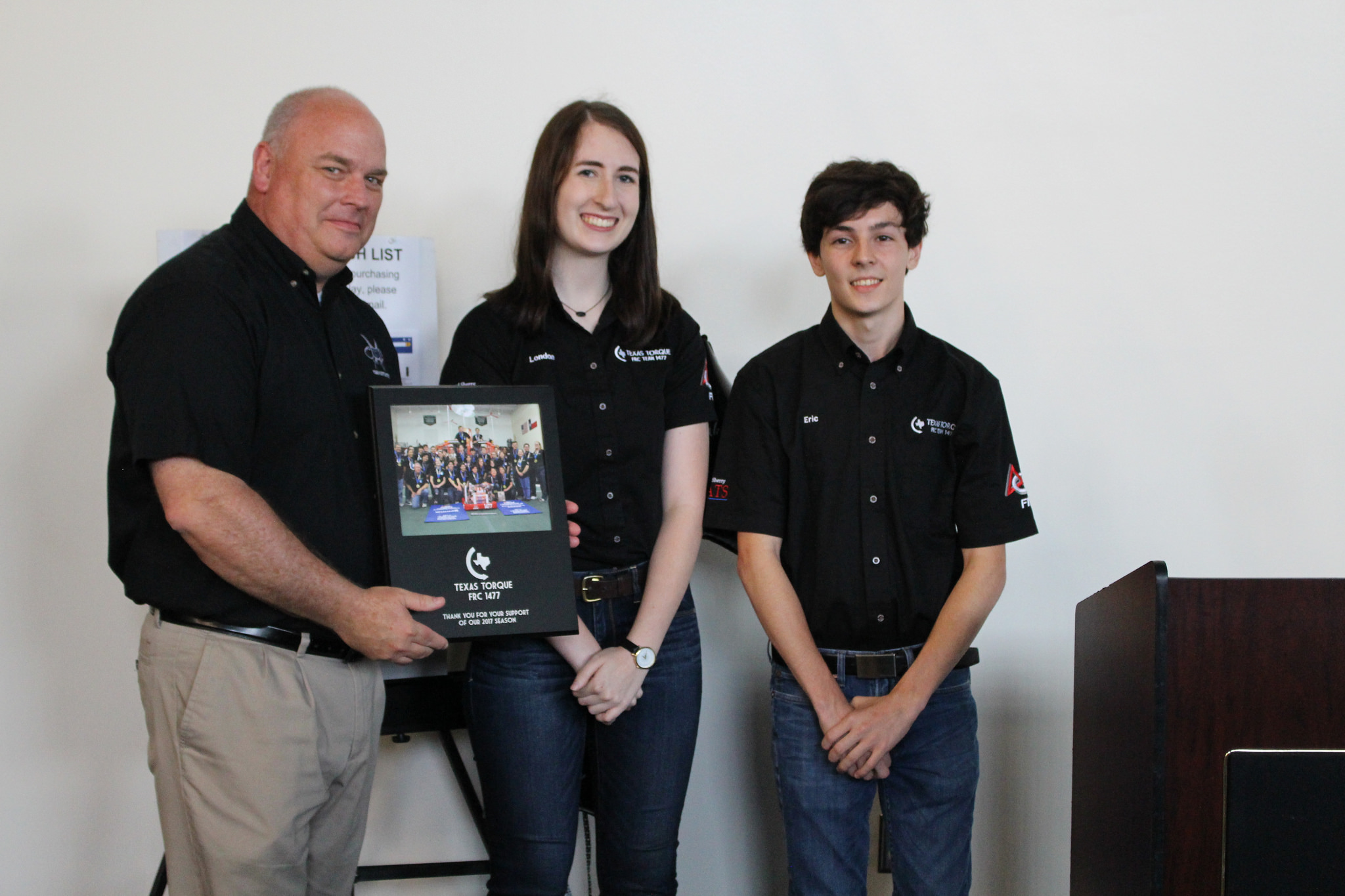 We can’t wait to see where the new facility takes us! Our team is working to establish it not only as a new lab for us, but also as a center for robotics within our district. Come visit us during the Remix!