Two weeks ago on Tuesday, July 21st, Texas Torque demonstrated our 2013 World Champion robot, Sonic, at the College Park Primrose. Kids were thrilled when they saw the robot and immediately brought up topics like Legos and Battlebots. Besides just our team members talking about the FIRST program and showing off the cool robot, the kids themselves were able to try operating and feeding frisbees into the robot. The young children were so excited by the demo they even approached team members for information on how to join FLL teams, and came up with creative Lego robot designs and projects.

Interestingly, this was the first time where our toolbox became one of the focuses of the demonstration. Kids crowded around the toolbox to check out all of the neat allen keys, wrenches, screwdrivers, and more.

Similar to last summer, Texas Torque was overjoyed to demonstrate at Primrose. Introducing children to STEM, and seeing their excited faces has been the pride and joy of Texas Torque. We will continue to aim higher, and create a larger impact in our community. 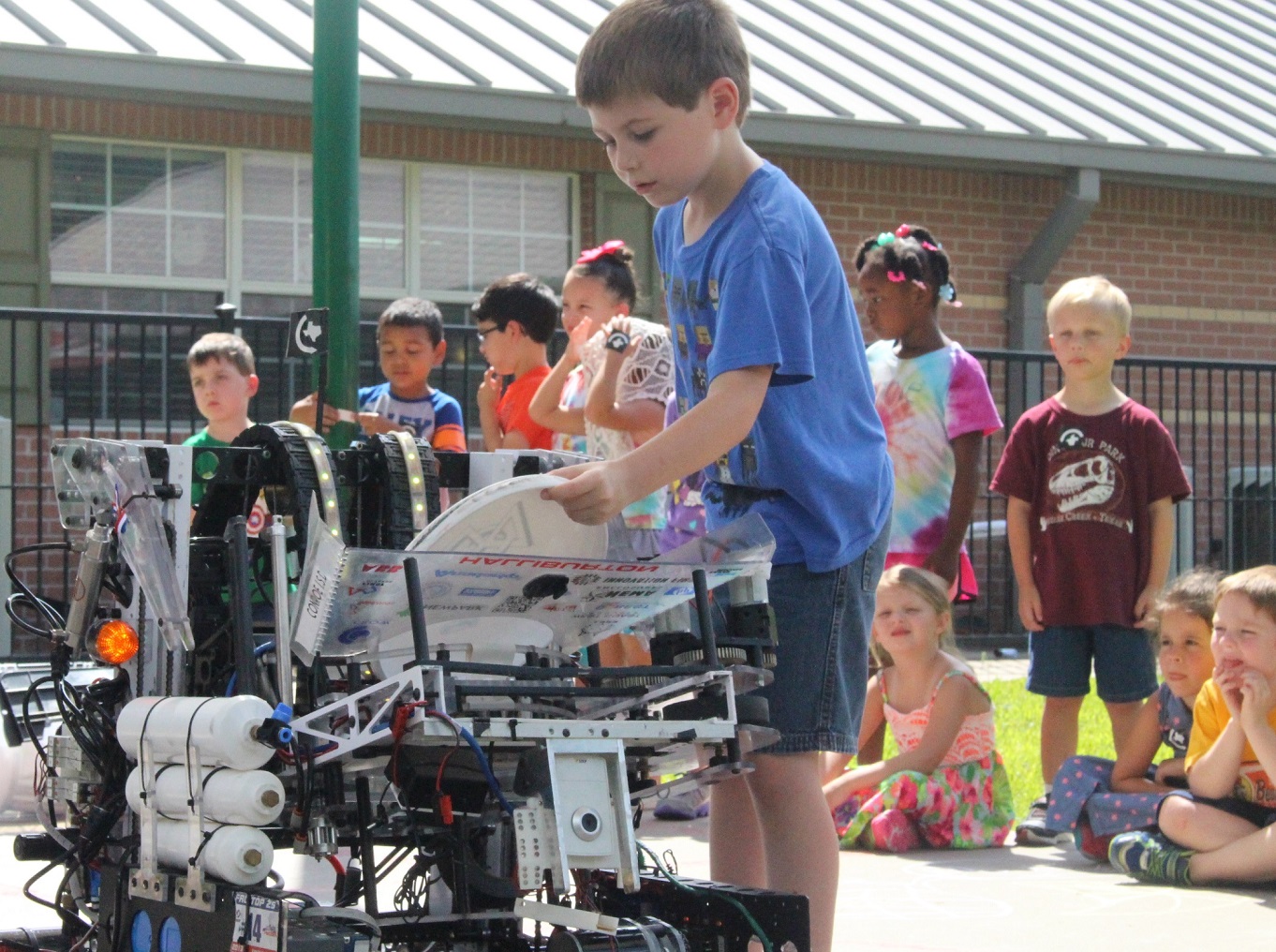