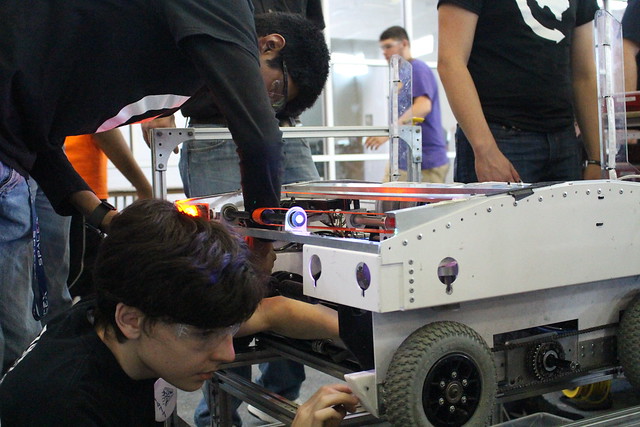 This past Saturday, June 25th, Texas Torque had an awesome time competing at TRI. As our first offseason competition of the year, it was a great chance for the team to test out new drive teams and positions. We were eliminated in the quarterfinals, but our robot performed well overall. (After returning home, we will definitely make some improvements before the UIL State Championship later this summer!)

We thank FRC team 456 Siege Robotics for inviting us to join their alliance, and teams 2158 ausTIN CANs and 2881 Lady Cans for being such great alliance members in the elimination rounds!

It was an amazing event, and it only gets better every year! Many thanks to FRC team 3847, Spectrum, for hosting and running this event (as well as buying pizza after the event clean up)!