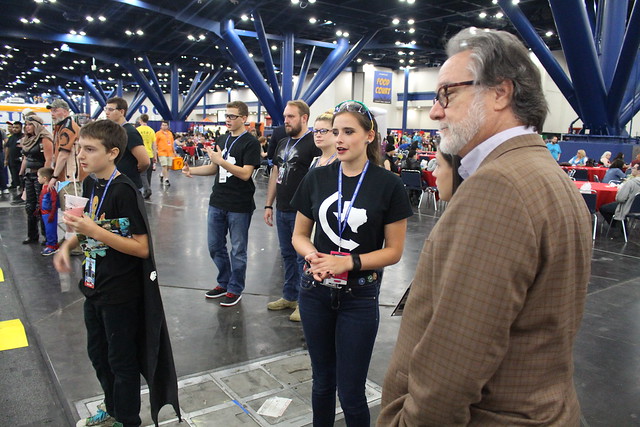 For the three days of the event, Impulse performed well for interested spectators, helping the team captivate the crowd. Some members of Texas Torque and other teams played a casual game of laser tag, demonstrating that robotics kids can have lots of fun while they work. Between speaking about FIRST, operating the robot, making repairs, and having fun with other teams, Texas Torque had a terrific time.

Throughout the demonstration, Texas Torque didn’t just show off an impressive robot; we showed the amazing teamwork it takes to build such a robot, the passion to spreading FIRST to a broader community, and the ability to create meaningful friendships with other teams.

We would like to thank team 3847 Spectrum for arranging the event and inviting us to demonstrate together!