Texas Torque recently journeyed deep into the Ozark Mountains to Springdale, Arkansas, to compete in the Ozark Mountain Brawl hosted by Team 16 and Team 3612. After seeding 1st in the qualifying matches, Torque partnered with Team 148 and Team 91, an additional robot brought by Team 16. Despite their best efforts to score while avoiding tough defense, they were knocked out of the competition by the 8th seed alliance, which went on to win the entire tournament.

Texas Torque also brought an additional robot, Team 1478. Dubbed Boxbot by the crowd, Team 1478 placed 13th in the qualifying matches before politely withdrawing from the competition for logistical reasons.

Overall, the competition was fun and energetic, and we look forward to competing again next year! 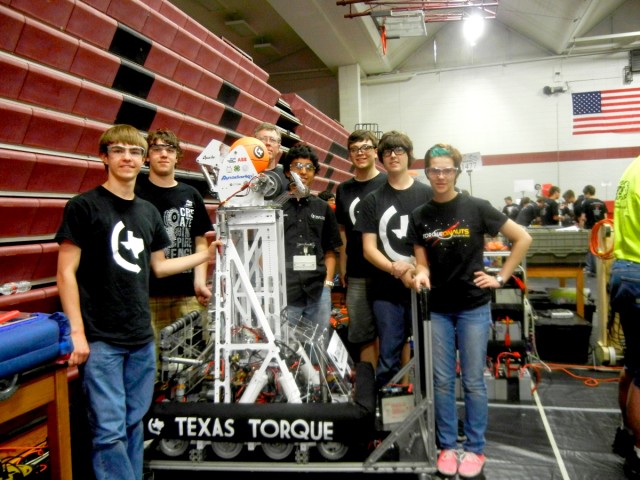